Check out the Project Highlights below to see what CDC has been up to! 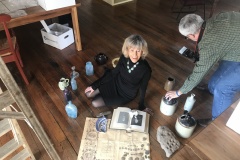 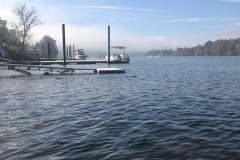 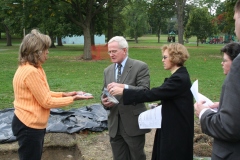 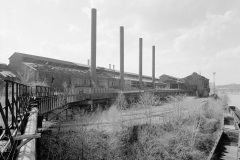 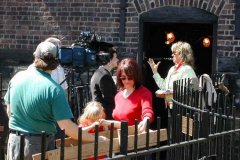 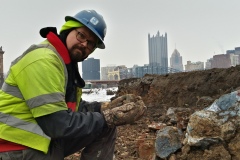 It’s 1992 and Chris and CDC have grown into their first formal office space at U-PARC, University of Pittsburgh’s Applied Research Center campus located north of Pittsburgh in Harmarville. One of CDCs big projects that year was the Rice’s Landing Historic District (Key No. 097660) National Register Nomination, which was completed for the Steel Heritage Task Force. Chris undertook the survey for the district, prepared the paperwork, and shepherded the nomination through the listing process. Rice’s Landing, located along the Monongahela River in Greene County, is an important early river port and later industrial center. The Historic District includes remnants of the Monongahela River Navigation System Lock No. 6, company houses once owned by the H. C. Frick Coke Company, the Dilworth Mine, the Excelsior Pottery, and the W. A. Young & Sons Foundry and Machine Shop, along with residential buildings constructed in Late Victorian, Colonial Revival, and Craftsman styles. (The Foundry and Machine Shop is now a really cool museum and one of the best preserved early small industrial machine shops in the nation!) Rice’s Landing Historic District was listed in the National Register on December 24, 1992 – a nice way to ring in the New Year! ... See MoreSee Less

Share on FacebookShare on TwitterShare on Linked InShare by Email

The next post in our 35th Anniversary Blast from the Past series finds us in 1985... the year of New Coke and "We are the World”. This was also the year Christine graduated from University of Pittsburgh's College of General Studies with a degree in Anthropology - and took home the award for the CGS Outstanding Student of the Year! This volume of the student news magazine "Night Times" in June 1985 features Christine and details the award. She even made the front page! Later this same year Christine started Christine Davis Consultants, Inc. and really got her career rolling. ... See MoreSee Less

Share on FacebookShare on TwitterShare on Linked InShare by Email